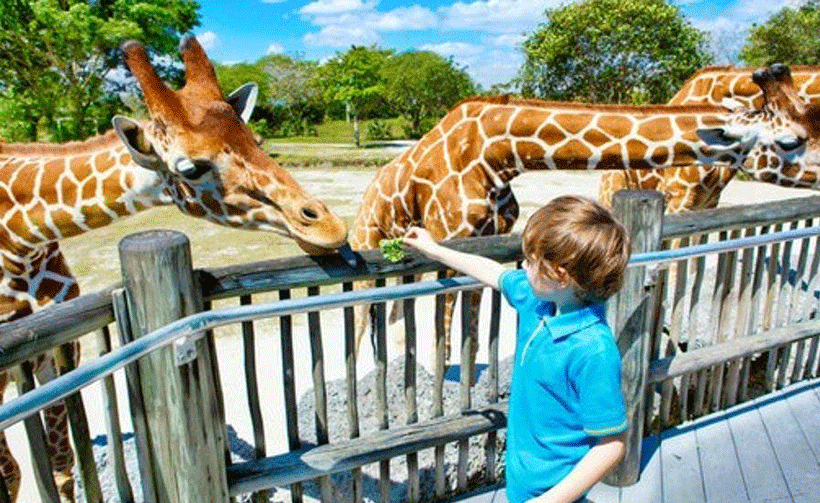 Long-awaited adventure sports, zip lining and bungee jumping are likely to be the new features of Dubai Safari Park when it opens to the public in September.

“The preparations are complete and I hope to start working next season. It has three areas of exceptional value such as zip lines and bungee jumping; gathering area and playground, “said Ahmad Al, director of public parks and said recreational facilities.

The Safari Park covers an area of ​​119 hectares and is the largest of its kind in Dubai. It is home to about 3200 animals and birds. It is closed on Mondays for renovations and to protect animals from the heat.

This season’s opening will also welcome over 290 newborns to the zoo. “We are raising animals here. We had 290 babies last season, including cubs of zebras, hyenas and giraffes. We are also looking for more breeders globally and locally and sharing animals with our partners, “said Al Zarouni.

There were four lion cubs in the park last year. Speaking about animal health in the summer, Al-Zaruni said: “During this period, the climate-controlled fence in the park will allow the animals to live in comfortable conditions close to their natural habitat. Termination of activities in the park will also allow for this. For the modernization of premises and services. And to carry out repair work to improve the living space of the animals.”

The director said that during the year, all animals underwent regular medical examinations, and they were not found to be infected with the Covid-19 strain. In the last season, none of the animals suffered from heatstroke or died prematurely.

During the year, the park operated at 30% of its capacity and received over 300,000 visitors. “The government allowed to increase the capacity to 70%, but we are closing it. Hopefully we can open it in September and we have more places to stay, “said Al Zaruni.

The park provides unique interactive programs integrated into the safari park tour. Of the 3,200 animal species, 78 are mammals – 10 are predators and 17 are primates; 50 reptiles; 111 birds, amphibians and invertebrates.

The park covers an area of ​​119 hectares and includes three main villages: African Village, Asian Village and Explorers’ Village. Each village has its own climate and ecosystem, as well as unique species of animals.

It has over 200 different types of trees, distributed according to their habitat. On Monday, the park was closed to the public and hosted a festive parade that captivated visitors.

Dubai Safari Park may be closed this season, but it will reopen with a bigger and better experience. The park will be closed on May 31, 2021 due to the onset of this season. However, when it reopens in September, a truly immersive experience awaits visitors. Zip lining, bungee jumping and new baby animals are new additions that Dubai visitors can look forward to when the safari park opens next season in September.

As temperatures rise in the coming months, the closure of the park will prevent the animals from surviving the harsh summer. During this period, the fence of climate control in the park will allow the animals to live in comfortable conditions close to their natural habitat. In addition, the park will use this time to modernize the premises and carry out repairs to improve the living conditions of animals.