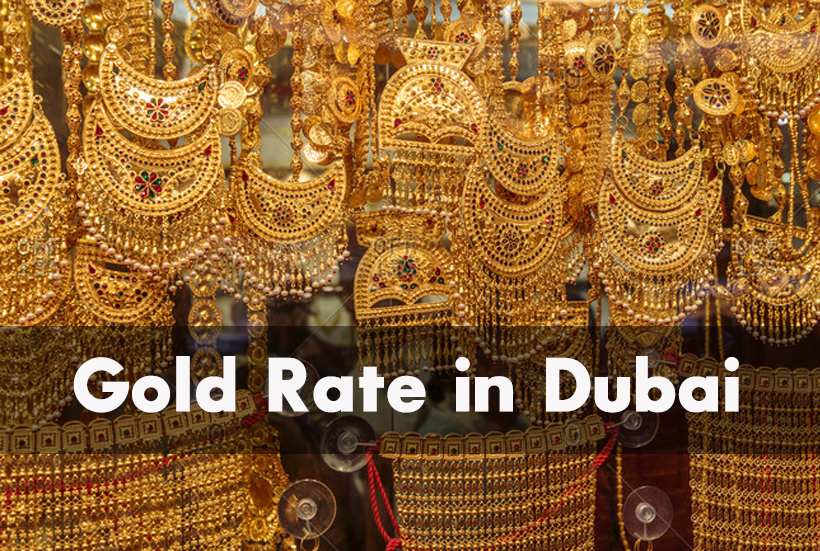 Dubai is considered as the big city of gold buying on consider as a gold city for buying Gold. Dubai is always leading in the gold price as compared to other cities. Today gold rates of other UAE cities, including Abu Dhabi, Sharjah, Ajman, RAK and Umm Al Quwain, are given blow.

Investments can be volatile, and it’s a gamble. If it’s your lucky day, then you might end up in a profit. If not, then it’s a loss to bear. Investments can be in stocks, real estate or any precious metal. Gold is the most expensive and considered the safest investment among all the precious metals. Like any other market, the gold market also faces speculations and volatility.

Gold has long been a part of history. Gold was used as a form of currency and had a monetary value. In the kings that ruled over countries, the currency known to the people was Gold. Before World War I 1 many European countries used the gold standard until it was suspended. After World War 2, one of the major events in the history of currencies took place: the “Bretton Woods Agreement”. The international currency exchange regime was created, which lasted from the mid 4s to the early 70s.

Some investors in a security market decline presume that Gold is a safe investment that will give them some breathing room which is not always true. Gold, although it has an inverse relation with currencies and stocks. When we face global market downfall, currencies and stocks move downward, making them less desirable to investors. On the other hand, Gold prices can rise, or they may decline. It is all about the correlation between Gold and the stock market.

A gold price, like any other commodity, is affected by the law of supply and demand. But there are other factors like the central bank or the international monetary fund greatly affect the gold prices. Central banks and IMF hold gold reserves, which affect the price of Gold. Another factor that affects gold prices is the interest rates. Interest rates, when high lower the gold price because Gold does not tend to earn interest.

Gold Carat or Karat (K) is a symbol that explains the Gold’s purity.

The United Arab Emirates, known for its variety of Gold and its purity, has the most attractive demand for Gold. Gold prices are determined internationally. As of July 2019, the World Gold Council (WGC) said that the tonnes purchased by the central bank would make the US Federal Reserve cut interest rates. With the decrease in interest rates and low returns, the gold market would look more attractive to investors. The Dubai government has outdoor signs that display the live retail gold prices due to the daily fluctuation in the gold prices.

The demand for Gold in the UAE is still high as people occasionally keep buying it regardless of the surge in the prices. It might be because the buyers have adjusted to the price increase. If we look at the historical data of the past few months, the gold prices in the UAE have been showing an increasing trend and are expected to grow.

People in the UAE, apart from buying ahead on occasions like Diwali, Christmas, New Year, etc., are buying Gold and gold jewellery but gold coins and bars because they believe that Gold is the safest investment due to the decline in the Interest rates.

The government of the UAE believes that the demand for Gold in their country would increase due to the increase in tourism. They are promoting their country to countries like India, China, Pakistan, etc., which demand pure quality gold with excellent craftsmanship because the Gold of UAE, as mentioned earlier, is known worldwide for its quality and unique designs.

Apart from tourism, an increase in the gold demand is expected during the festival seasons. Gold retailers expect their sales volume to increase, and some have experienced a 5% increase in their sales in festivals like Eid. Since UAE has a lot of people from Asian Countries, and mostly in Asian countries, it is considered fortunate to buy Gold at festivals, so the retailers have a lot of hope.

Gold is a great investment, and it’s advised to buy Gold when the gold prices are not so high because it’s very rare that gold prices fall. Even if they fall, they don’t fall too much.